Four Ways You Could Sabotage Your Q4 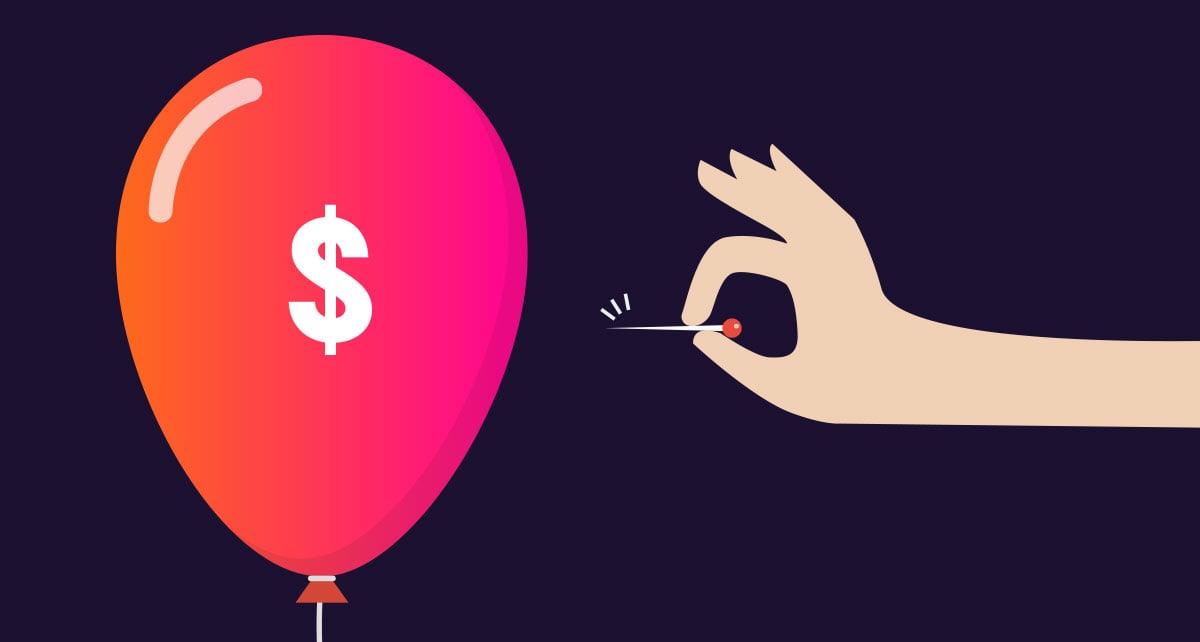 Consumers are buying more stuff than ever before, which is great news for anyone selling products online. So far this year, from January to September, growth in consumer goods has gone up 7.2%, while experience buying has seen a 6.1% decline. U.S. consumers are cutting back, due to COVID-19 lockdowns and restrictions, in services such as hotels, restaurants, and out-of-home entertainment.

What does this mean for Q4? With cases spiking and even more emphasis on staying at home during the holiday season, there’s going to be even more demand for goods. We are looking at what will likely be the busiest ecommerce season of all time. It’s almost as if traffic has been slowly building on a massive interstate system of highways through the course of the day, but the 5pm rush hour is about to hit.

It’s an exciting time to be an ecommerce company or any brand that sells items through digital channels. But it’s also terrifying, and not just because of the hyper-competitive atmosphere. Any misstep you make now could end up sabotaging your overall performance for the entire year. Here are four common mistakes that we see, the consequences, and how to avoid them.

1. If you are ill-prepared for the volume

Imagine if that same highway system full of potholes and construction but with a reduced the number of lanes. It not only slows down the flow but it makes the drivers angry, right? You’ve likely prepared your website, app, etc. for the holiday rush to avoid the risk of costly breakages and downtime, tested load time, and put security measures in place, but have you drilled down into your inventory on the SKU level? And accurately forecasted demand both before, during, and after the highest traffic and conversion time periods?

To do this, you need quantitative, first-party data, that is, your historical sales numbers. However, as mentioned above, this year is like no other we’ve ever seen, so your 2019 data or that of previous years isn’t going to be enough. You’ll also need to factor in qualitative data like economic and market trends, advertising impact, etc. And then an algorithmic platform that can take in all that data and provide real-time insights for you, based on predictive modeling.

And if you don’t? It’s every retailer’s nightmare: Frustrating potential customers with a “sold out” sign, or having unsold inventory sitting in a warehouse somewhere, blowing up your cost of goods line item on the P&L.

2. If you’re blind to what your competition is doing

Market intelligence in the ecommerce space is not easy; there are just so many digital channels, and much of the data is sitting in black boxes, unopened or inaccessible. However, much of it is in the public sphere, just waiting for you to learn from it.

We showed what happened when a CPG brand selling a seasonal product used our market intelligence feature to find new ways to stand out amongst its competition. You need the same level of transparency and insights to operate at your highest level during this critical Q4.

If you move forward without benchmarking your position or seeing what others in your category are doing to capture market share, you risk missing out on key strategies that would be effective for you to capture that share right back.

Most likely, during the holiday season, you are spending far more on marketing and advertising than you do throughout the course of the year. Unfortunately, the way many ad platforms are set up to report on performance, the metrics you’re seeing are based on top-line performance only. That is, your Return On Ad Spend (ROAS) might look solid, like $3-4 in revenue for every dollar spent. (Average ROAS varies, but 2:1 is average for many types of products and categories.)

But ROAS isn’t perfect as a performance metric – far from it. It’s possible, and in some cases likely, that you think you are making money when in fact you are losing money on each transaction! During the holiday season, there is so much pressure to increase promotions and discounts, but be careful. If you don’t protect your bottom line and focus on net profit margin down to the SKU level, you risk sabotaging the most important metric of all: profitability.

4. If you have too many separate SaaS tools

Even before the ecommerce space got so crowded, the tech stacks used by companies were already overflowing. Mid-sized companies (200-500 employees) use over 100 SaaS applications, and even companies with less than 50 employees use about 40 applications in total, according to a recent app-tracking report.

Sales and business operations dominate the spend, but SaaS is used across all departments, with dozens of billing owners. Worse, there are often orphaned or duplicate subscriptions, massive overlap in functionality, and the turnover rate is 42% over a two-year period. All of this adds up to way too much money spent on technology ($361,300 annual average) that doesn’t work together as efficiently as it should.

As optimistic as we are about ecommerce, and as high as this wave of consumer online spending is taking many for a ride, the fact still remains that the majority – about 8 in 10 – of ecommerce businesses fail. And one big, elephant-in-the-room reason is that they overwhelm themselves with multiple technologies and platforms that ultimately underwhelm when it comes to performance and impact on the success of the business. Consolidate your technology whenever possible to ensure that you’re getting the most out of your investment.

If you think your brand needs help avoiding these common and preventable mistakes ecommerce brands make, contact us today to see how we can enable your team with the tools for success.

Tradeswell Research: What Past Amazon Prime Days Tell Us About This Year's Event June 21, 2022
Read More
Staying Profitable in the Second Half of 2022 [Ecommerce Roundtable] June 16, 2022
Read More